Last year's final post expressed more than a little uncertainty about the future of this blog.  After almost eight years of writing, first about early New Jersey baseball and then broader baseball history with a special focus on the Brooklyn Dodgers, I wondered if I had anything more to say.  The only thing I was certain about was that in 2020 the blog would report on every Flemington Neshanock game.  While some previous seasons had been plagued by rainouts, never did I think, a plague of a different kind would wipe out an entire season. If nothing else, it's a lesson, never to take things for granted.  Initially, when there was still some hope for a delayed season, I decided to fill in for the lack of Neshanock game accounts with the stories of late 19th or 20th century games that for various reasons seemed of interest.  As it gradually became clear the entire 2020 season was doomed, I continued that process with special emphasis on the 100th anniversary of the Brooklyn Dodgers' 1920 National League championship season.  In retrospect, I wish I had thought about that anniversary much earlier to facilitate a more thorough job of covering an historic season which for whatever reason has never received appropriate attention. 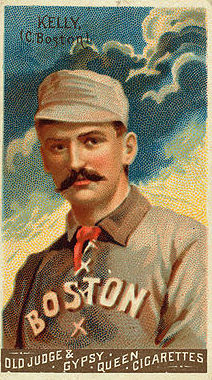 The pandemic also significantly reduced 2020 travel which meant there were fewer excuses to avoid yard work and other home related projects, but also considerably more time for research and writing.  In addition to the blog posts, I was able to complete four major projects, three of which won't see the light of day until some future date.  First up was the opportunity to write a "biography" of Ebbets Field for a Society For American Baseball Research (SABR) book about the 100 greatest games played at the beloved Brooklyn ballpark.  Since the Brooklyn Dodgers are of interest to a number of readers of this blog, I'll pass on information about the book when it is published.  The one project that was published in 2020 is another SABR related essay, but this time in digital format. Part of a new effort to tell the stories of defunct clubs, this essay describes the ownership of Ward's Wonders, Brooklyn's team in the short lived, but important 1890 Players' League.  One of four attempts between 1884 and 1914 to form a new major league, the Players League was an ill-fated attempt by players to compete against owners in club ownership.  Since the Brooklyn franchise went head to head with the Dodgers, it's part of the story of major league baseball in the City of Churches and I'm grateful to be able to make this further contribution to the literature. 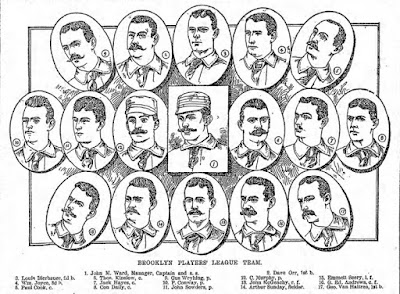 Once that was my complete, my attention briefly returned to New Jersey for a detailed look at the early baseball career of Mike "King" Kelly of Paterson who many regard as the greatest player of the nineteenth century.  Not a lot of attention has been paid to Kelly's early career so that an interesting and important story has been obscured by myths and legends which have little basis in fact.  The essay will appear in a future edition of Baseball: A Journal of the Early Game.  Not long after completing that project, I was asked to contribute some essays on the 1921 Brooklyn Dodgers to a SABR publication on the 100th anniversary of that season.  It wasn't an noteworthy season for Brooklyn since the team ended in 5th place, but writing about a consistently-inconsistent team was interesting.  I now find myself in an unusual situation where there is no backlog of baseball projects.  I am, however, working on a non-baseball project (are there such things?) that will carry over through the first half of next year.  After that, I'm not sure what's next both in general and in terms of this blog.  If there is a Neshanock season, and the 2021 schedule is pretty much set, the blog will cover the season.  Otherwise I'm not sure, but even after almost nine years, the blog platform is more, not less attractive and will likely continue in some way. In any event, thanks to all those who read the blog at some point this year, best wishes for the holidays, stay safe and let's hope for better things in 2021.