If this were any normal year (a now all too common opening qualification), this post would summarize the Flemington Neshanock's annual visit to Gettysburg for the Nineteenth Century Baseball Festival hosted by the Elkton Eclipse Base Ball Club.  The post would have begun by praising the Elkton Club for running such a fine event, described Flemington's four matches and reflected on our annual visit to what Carol Zinn always refers to as sacred ground.   Even though this year's event was cancelled, it is still important to thank the Elkton Club, first for doing everything possible to play the event and then making the painful, difficult, but correct decision to cancel.  Like all the other participants, the Neshanock are hoping that by next year we'll be able to get back on the field at Gettyburg and everywhere else we were scheduled to play this year.  Even without physically being in Gettysburg, however, it is still appropriate to offer an annual reflection on the historic events that took place in that small Pennsylvania village over 150 years ago. 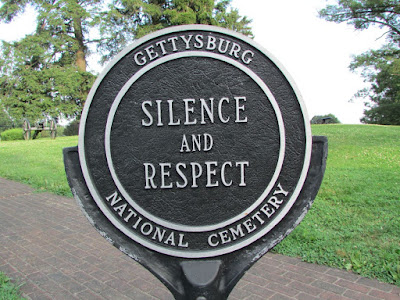 What happened at Gettysburg, of course, was not just the crucial Union victory, purchased at such great human cost, but also Abraham Lincoln's deathless words, spoken there a few months later.  For all its importance as a battle, Gettysburg did not mark the final turning point of the war.  More Union soldiers died after the battle than before and some historians (including this one) argue that it was not until Sherman's army took Atlanta on September 2, 1864, insuring Lincoln's reelection, that the Union victory became inevitable.  Lincoln's speech, however, brought a new dimension not just to the battle, but to the entire Civil War and our annual visit there often informs my view of contemporary experiences.  Take two years ago, for example. Just a week before the festival, a very unlikely set of circumstances led me to accompany a friend to the funeral of a gay white man at historic Green-Wood Cemetery in Brooklyn.  The deceased, who I had never met, was involved in a Black Church in New York City and that congregation, his gay friends and people like my friend and me were there together as one community.  Having that experience in a place where over 3,000 Union veterans are buried suggested that this was an example of what Lincoln meant by "a new birth of freedom." It left me with a very positive feeling. 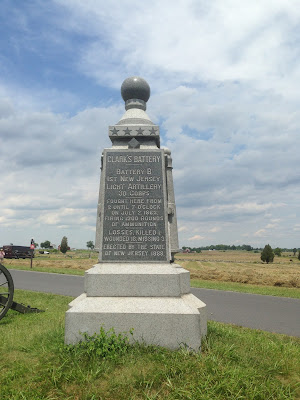 Sadly, reflecting on Gettysburg in 2020, it is very difficult to have similar feelings.  Diversity may be even more in the news today, but it certainly does not seem to be valued and any sense of community seems to have gone equally by the wayside.  It is almost axiomatic to hear that we are divided as never before.  That's not accurate, of course, since during the Civil War there was an armed insurrection going on and that is as divided as it gets.  However, we sometimes lose sight of the fact that the conflict was not just between north and south.  There were plenty of divisions within the north itself and two groups in particular stand out.  First were those who supported the war, but wanted the result to be "the constitution as it is, the nation as it was."  That may sound innocent, but it was not because at the heart of "the constitution as it is," was the document's tacit acceptance of slavery.  On the other extreme were the abolitionists, who, we tend to forget, considered the constitution a pact with the devil and wanted to burn it for that same acceptance of slavery. 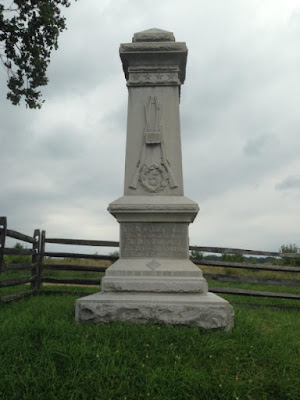 In his 272 words at Gettysburg, Lincoln offered a different approach, one that to me has been best described by Gary Wills in Lincoln at Gettysburg: The Words that Remade America, a book I wholeheartedly recommend regardless of one's interest in the Civil War.  Lincoln neither wanted to burn the constitution or preserve it as it was.  Rather Wills argues, Lincoln's goal was to purify the constitution by going back to the original core values of equality and equal rights embodied in the opening sentences of the Declaration of Independence.  Preserving the constitution as it was, was not acceptable, because the acceptance of slavery was not consistent with those core values.  But at the same time, destroying the constitution was not necessary, the far better approach was changing it to bring it more in keeping with those values.   John Burt in his book, Lincoln's Tragic Pragmatism suggests that one reason people sometimes have difficulty categorizing Lincoln is that he pursued a radical goal, ending slavery, (very radical for the time) but used conservative means to achieve that goal, amending the constitution to end slavery once for and forever. 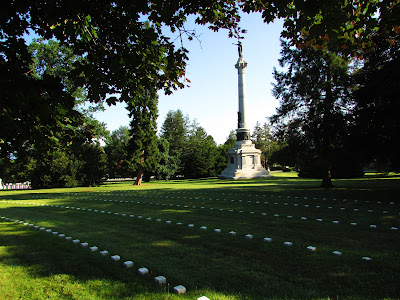 What I participated in two years ago in Brooklyn was for me, just one example of what the "new birth of freedom" might look like, very much in line with the core values of the Declaration.  Perhaps it would be worthwhile today to measure our opinions about today's contentious issues against those values and, if appropriate, think about how we might need to change.  Real change is never easy, but it is certainly not impossible.  In her book - What This Cruel War is Over: Soldiers, Slavery and the Civil War, Chandra Manning makes a compelling argument that the Civil War at all levels was always about slavery.  In her conclusion she notes the "astonishing changes"  that "took place in many white Union men's ideas about slavery." Their example, she argues, can and should "alert all of us to the dramatic changes in attitude and achievement that can take place when people who think they have nothing in common find themselves thrust into interaction and interdependence."  If it could happen then, the good news is it can happen today as part of another "new birth of freedom."   May it always be so!